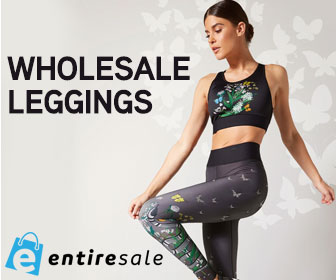 Angry Rooster Kung Fu Fighting is one of those exciting action games where you get to fight in 3D environment, clear countless levels and be a kung fu master.

If you like playing fighting games, then this rooster chicken fight game is here to entertain you. Play rooster kung Fu warrior & karate king challenge with big rewards. Install angry rooster game on your iOS device free of cost, select your chicken look and start fighting.

The gameplay of one of the best action games for iphone is easy, simple yet exciting. You can start fighting right after installing the game. This kung fu game also brings you features like health check, damage check and rooster selection. After clearing a certain number of levels, you can unlock new rooster skins which will allow you to enjoy new chicken look while fighting.

So, if you are looking for free fighting games or offline acting kung fu karate games to play in your leisure, try Angry Rooster Kung Fu Fighting.

# Amazing 3D graphics and soothing background music of this rooster fighting game will keep you going for hours without stressing your eyes or ears. Fight in real-life environment for as long as you like.

# Unlock new rooster skins and big rewards by completing levels one by one. Our chicken fight game has unlimited levels that will allow you to play for hours.

# The smooth control and easy user-interface will allow you to fight flawlessly.

# If you love playing kung fu or karate game, then this angry rooster fight is the right one for you.

# Play this retro fighting game free of cost. This game doesn’t cost you a single penny to install and play. Moreover, you can fight offline as it doesn’t require wifi or an active internet connection.

If you love playing karate games or kung fu fighting games, then this Kung Fu Karate and Rooster combination will give you a fantastic gaming experience.

What do you think Angry Rooster Kung Fu Fighting ios app? Can you share your thoughts and app experiences with other peoples?

Free International Money Transfer 💸Enjoy high maximum transfers into more than 20 currencies while saving up to 90% over local banks! The cheap, fast way to send money abroad. Free transfer up to 500 USD!AdvertorialVersion: 1.1

Payoneer 💰Payoneer is an online payment platform that lets you transfer money from any corner of the world! A best and must have payment service for every blogger, traveler, freelancer, affiliate marketer, consultant, virtual assistant, business person, online sellers, and receivers. Earn $25 for free by joining Payoneer. Sign Up Now!AdvertorialVersion: 1.1